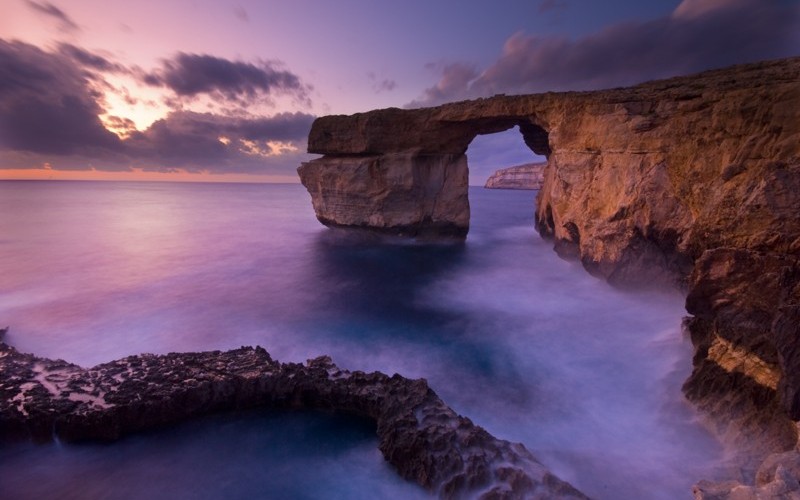 Floating peacefully in the midst of balmy Mediterranean waters, the Maltese archipelago is the epitome of idyllic island life. Blessed with a mild temperal climate, hours of daily sunshine, a smorgasbord of mouthwatering cuisine and the friendliest of locals, Malta and Gozo – the two inhabited islands – are a joy to discover whether you’re visiting for the first or twentieth time. Our mission as a Gozitan transport company employing only the most dedicated and knowledgeable of locals is to help you uncover all that is stunningly beautiful, uniquely historic and quaintly traditional about the Maltese islands, all whilst travelling in the most comfortable of ways. So buckle your seatbelt, sit back in our luxurious seats and let us do what we do best.

Our offices are located in Victoria (Rabat), the capital of Gozo, which is the smaller of the two inhabited islands forming part of the Maltese archipelago: a 14 by 7 km2 haven of scenic countryside, charming villages and a bustling town steeped in medieval history. A number of rocky and sandy beaches, each one more pristine than the next, are dotted around the island’s coastline.

Gozo is unofficially known as the island of the three hills, a term coined by seafarers whose first glimpse of the little isle as they approached would be its three topmost points – a feature indelibly embellished on Gozo’s coat of arms. Legend also identifies this little island assOgygia, one of Odysseus’ refuges during his epic journey across the Mediterranean and home to the nymph Calypso, whose beguiling charms kept the hero ensnared for several years. Lasting testimony of this is the aptly-named Calypso Cave overlooking the sandy red dunes of Ramla Bay (known to the locals as ‘ir-Ramla l-Ħamra’ meaning ‘red sand’), one of the largest and most popular beaches on the island.

But Ramla Bay is just one of the many places our transport vehicles can take you. Whether you’re a history buff, sunseeker or avid food lover, Gozo is home to a veritable treasure trove of hidden gems – all of which Thames Garage can bring right within your reach. Best of all, the island’s small size and relative freedom from traffic means that you can visit several places in one day, whether you’ve booked a guided tour or scheduled different drop-off and pick-up points with our company.

Your journey with us can start as early as your arrival at the Malta International Airport, where our drivers will be happy to assist you in reaching your place of accommodation in the quickest, most hassle-free manner possible. Otherwise, we can be the first to welcome you upon disembarking off the distinctive Gozo Channel ferry. Our guides and drivers possess a wealth of information on all of Gozo’s must-see attractions, as well as useful insider tips on some of the locale’s lesser-known but nevertheless equally breathtaking spots.

One of the first places you’ll want to visit – due, no doubt, to its strategic location atop the highest hill in Victoria, making it visible for miles around – is the recently renovated fortified city in the island’s centre. The Citadel (or ‘Ċittadella’ in Maltese), rife with cobblestone alleyways, dramatic buildings, miniscule jail cells and offering up breathtaking 360° views of the whole island, serves as a powerful reminder of Gozo’s turbulent history as a colony under several different reigns.

The island also houses several astounding archeological remains, the most famous of which are the Ġgantija Temples in Xagħra, which are the oldest free-standing megalithic temples in the world.

Gozo presents a surprisingly diverse spectrum of natural beauty – the island is named as one of the best diving spots in the Mediterranean, with divers flocking all year round towards its crystal-clear waters and stunning natural rock formations. The Inland Sea at Dwejra remains one of the most frequented spots; apart from diving, the locale also offers an ideal spot for swimming, sunbathing or sightseeing during the warmer months. On the opposite side of the island lies the popular fishing village of Marsalforn offering a fascinating hodgepodge of traditional pursuits, sunkissed bathing spots, excellent seafood and the magnificent salt pans lining the coastline, from where the island gathers its highly sought-after sea salt garnishing many a Gozitan dish.

Salt-laden air and perennial sunshine pervade every square inch of this gorgeous island and no wonder – the sea is never more than a stone’s throw away. If it’s beaches you’re after, Gozo certainly doesn’t disappoint – from crowded sandy shores to secluded pebbly coves, the island offers up a multitude of spots for you to spread your towel. The aforementioned Ramla and Marsalforn remain two of the most popular beaches, with Xlendi – bounded either side by spectacular garrigue cliffs – being equally coveted. Quieter, lesser-known but no less scenic beaches include Mġarr ix-Xini in Sannat, Daħlet Qorrot in Nadur and ix-Xatt l-Aħmar in Għajnsielem.

You certainly won’t have to worry about going hungry while you’re on Gozo – the island packs quite the culinary punch despite its miniscule size. From the freshest of seafood delivered from the shimmering sea right onto your plate, to delightfully Mediterranean dishes and an array of mouthwatering traditional foods, the islanders’ passion for food is as strikingly evident as their unique joie de vivre. Visit laid-back seaside eateries, indulge in five-star dining experiences or browse through lively eclectic markets brimming with fresh local produce. Sample the renowned Gozitan fresh goat cheeselets (ġbejna), dip chunks of sinfully hearty Maltese bread into the local signature olive oil or visit a local pastizzeria for a taste of the quintessential crunchy cheese- or pea-filled pastries known as pastizzi.

The Gozitans are devout Catholics and the island’s skyline is studded with towering church steeples, belfries and – dominating over all of them – the massive Xewkija church dome referred to as ‘the Rotunda’. Each village has its own patron saint and, if you’re visiting during the summer months, you’ll be lucky enough to partake in a number of village feasts or festas celebrating each respective saint. The feasts are an integral part of Gozitan culture and include religious celebrations, traditional food stalls and stunning air and ground firework displays. Gozo’s Christmas and Easter celebrations are equally beautiful if slightly more solemn – expect the likes of sombre Good Friday processions with participants in full costume, traditional crib exhibitions and a brimming calendar of cultural activities.

How can we help?

Interested? Choose Thames Garage as your mode of travel while you’re on Gozo and we’ll make sure you see all this – and more. Click here to contact us today and make the most of your holiday on Gozo.